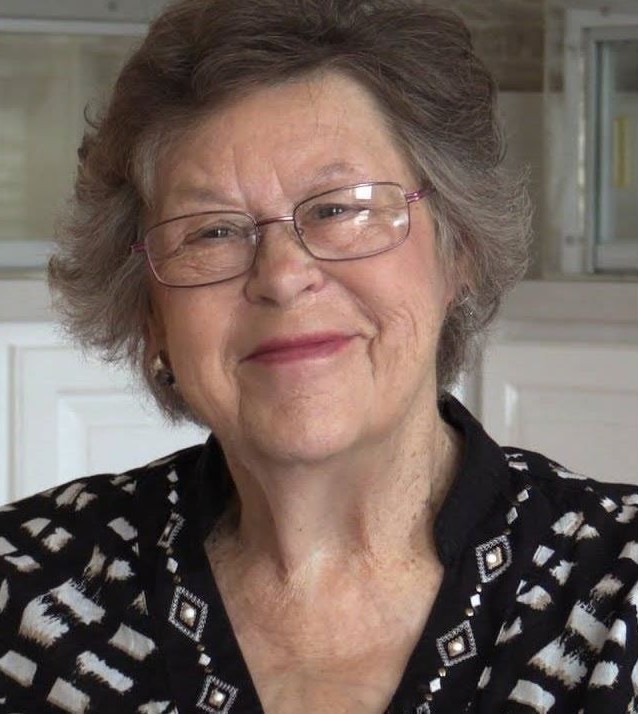 Mrs. Iverson was born November 21, 1934, in Knoxville, Tennessee. She was the daughter of the late Orville Earl and Elaine Nighbert Newman. She was preceded in death by her husband of 18 years, J. Robert Iverson, her brother James L. Newman and her stepson, J. Robert Iverson, Jr.

She attended West View Elementary School and graduated from William Rule High School in Knoxville.  She attended the University of Tennessee at Knoxville, graduating in 1957 with a bachelor’s degree in Education, after which she shortly relocated to Kingsport. She worked for the Holston Baptist Association in church development and in 1966 to 1967 attended Southern Baptist Theological Seminary in Louisville, Kentucky.

A tireless community organizer, she was active with the Kingsport Council of Churches, Family Promise, Netherland Inn, Garden Club, Historical Society, Kingsport Public Library, Literacy Council, Habitat for Humanity, Interfaith Hospitality Network, Girl’s Club, and as a substitute and Bible teacher in Kingsport public schools. A nationally well-known and highly respected educator, Betty was Executive Director of the Kingsport Center of Opportunity and served as the Director of Women’s Ministry for the Holston Baptist Association. She volunteered at Holston Valley Hospital and served on the Women’s Auxiliary Board of Directors as President and Membership Chairman. In 1974 the Sertoma Club awarded Betty the Service to Mankind Award.

Betty was ordained a deacon at First Baptist Church in 1999 and spent over 50 years in service to the church. A Stephen Minister, she taught Sunday School and served on numerous committees. She was the church historian and maintained the History Room. In 2018, she wrote and published to critical acclaim, “Remember: The 100th Anniversary History of First Baptist Church of Kingsport.”

But she felt the greatest achievement of her life was helping establish and develop The Kingsport Girl’s Club. She served as Executive Director from 1967 to 1979.  She spearheaded the capital fund drive that resulted in the construction of the present facility, now known as Girl’s, Inc. She served on the Girl’s Club national board of directors. In 2021 she received the Living Legacy Award in a ceremony at Girl’s, Inc., dedicating her portrait, which hangs in the lobby of the facility. All her life, Betty personally exemplified the Girl’s Club motto to be “Strong, Smart and Bold.” Betty mentored, loved and guided thousands of girls during her life. “Betty’s girls” carry her legacy today in every walk of life.

Mrs. Iverson is survived by her stepdaughter, Charlotte M. Iverson and husband Jeffrey Stump, of Seymour, Tennessee; step-granddaughter, Hannah Shuck, and several cousins. She deeply treasured her caregivers and neighbors who provided comfort and companionship during her final illness.

Mrs. Iverson will be laid to rest beside her husband in the mausoleum at Oak Hill Memorial Park and Gardens, Kingsport, on Sunday, June 26th at 2:00 p.m., after a graveside service led by Dr. Marvin Cameron. A celebration of her life and reception will be announced at a later date.

In lieu of flowers, memorial contributions should be made to Girls, Inc., 1100 Girls Club Place, Kingsport, TN 37660 to support construction of their new building.

To order memorial trees or send flowers to the family in memory of Betty Newman Iverson, please visit our flower store.