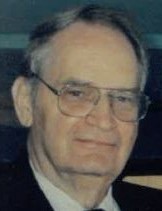 Charles E. Swanson, 87 of Kingsport, passed away on Sunday, July 4, 2021.  Born in Chicago Heights, IL, he had resided in Kingsport since 1962.  Charles worked and put himself through college between 1952 and 1958, graduating from the University of Illinois, in Urbana – Champaign.  He met his future wife, Nina Smith in the summer of 1958 in Jacksonville Beach, FL.  They were married on February 28, 1960 in Grenada, MS.

In 1962, Charles graduated from The University of Auburn, with a Master’s Degree in Chemistry.  The family moved to Kingsport in 1962 so he could take a job with Tennessee Eastman.  He retired from there following a 30+ year career.  He was a 50+ year member of Moose Lodge #972.  Charles was of the Church of Christ faith.  It was important to him that all three of his children graduated from college, which they did and he was very proud of.

The funeral service will be held on Saturday, July 10th at 3pm, at Hamlett-Dobson Funeral Home, Kingsport, with family receiving friends following the service.

To order memorial trees or send flowers to the family in memory of Charles E. Swanson, please visit our flower store.