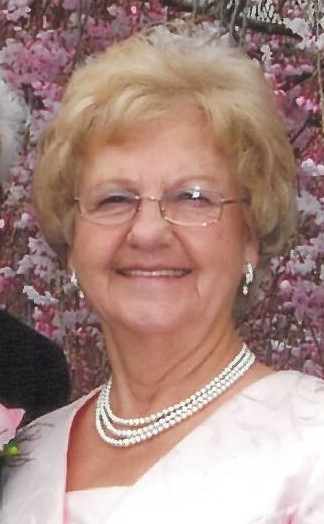 Doris Anderson Sawyer, 87, of Kingsport, passed away peacefully Sunday, June 6, 2021.  Doris was a homemaker and member of the East Kingsport Congregation of Jehovah’s Witnesses since its inception. Born in Hancock County, TN, on June 27, 1933, a daughter of the late Jeff and Effie Dean Justice, she was a lifelong resident of the Kingsport area. Her hope was to live on a paradise earth forever, Psalms 37-10-11-39. She will be remembered as a loving and devoted wife, mother, mamaw, and sister, who loved to raise flowers.

She is survived by four daughters, Johnnie McEllhenney and Jim of N. Tazewell, VA, Janet Marlinghaus and Haun, Joan Crawford, and Marjorie Dylla and Ryan, all of TN; two step-daughters, Aleta Kelly and Bill of TN, and Bridgette Peddie of Colorado; two sons, Don Anderson and Kathy, and Michael Anderson, all of TN; three step-sons, Allen Sawyer and Lisa of Colorado, Brian Sawyer, and Cody Sawyer, both of TN; many grandchildren and great-grandchildren; two sisters, Audrey Jones of Tennessee and Lou Faulkner of Florida; one brother, Neil Justice of Idaho; several nieces and nephews; and special friend, Betty Jones of Kingsport.

In lieu of flowers, please send donations to www.JW.org

To order memorial trees or send flowers to the family in memory of Doris Anderson Sawyer, please visit our flower store.