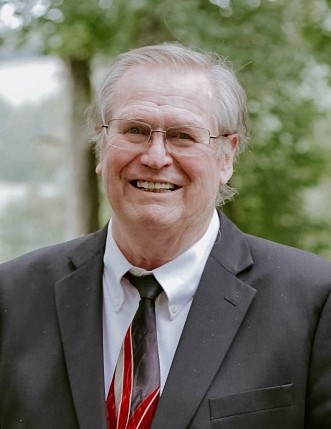 James Royston went to be with the Lord on June 29, 2021 after a recurrence of cancer. He was the son of the late Howard Hicks Royston and Ethel Carder Royston and the loving husband of Jeannie Royston for 55 years.

Jim loved the Lord and people.  He spent his entire life bringing joy to others and leading people to become followers of Christ.  He spent his early life working in carpentry with his father and that passion continued throughout his life.  He worked on many projects with Habitat for Humanity and North Carolina Baptist Men.

In the early 1970s, Jim took his family to Carson Newman College and served as a Resident Director while working on his degree.  He later went on to Southeastern Theological Seminary to earn his Master’s Degree and a Doctorate of Ministry.  In addition, he received an honorary Doctorate from Campbell University.

He pastored many churches and served as the Executive Director for the North Carolina Baptist State Convention.  While he had many accomplishments, he will always be remembered for the love he had for his family.  He and Jeannie shared a love that left an impact on anyone who knew them and she will miss him most of all.

Jim was preceded in death by his parents and sisters, Charlotte Hensley and Martha Royston.

The funeral service will be held on Saturday, July 3, 2021 at 11:00 am at Colonial Heights Baptist Church with Dr. Marvin Cameron and Dr. Greg Burton officiating.  The family will receive friends at the church following the service.

The graveside service will be held on Sunday at 2:00 pm at Gunnings Cemetery.

To order memorial trees or send flowers to the family in memory of Dr. James Howard Royston, please visit our flower store.