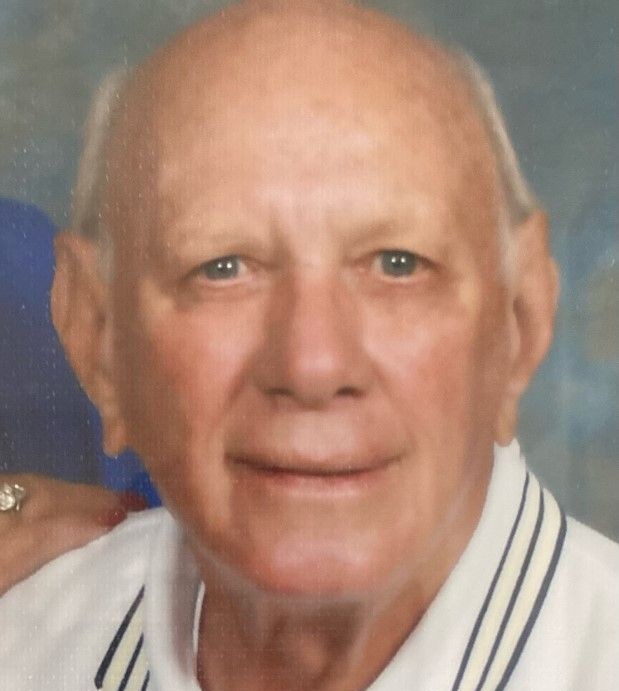 Earl Harlan White, 88, of Kingsport, died Friday, March 25, 2022 at The Community Living Center on campus at Mountain Home after an extended illness.

On October 13, 1933, I was the one and only child born to Stella Mae Harwood White and Earl Britton White in Valley Head, Alabama, Dekalb County. I would be called Earl Harlan.

It was during the depression and jobs were difficult to find. My dad went where he could find work. My dad moved us from Alabama to Cleveland, Tennessee where he found work in a foundry for many years. I attended 1-2 grades at Arnold Elementary School.  Hearing of more jobs, he then moved us to Charleston, SC where I attended 3-6 grades at Bennett Elementary school.  We then moved to Chattanooga, Tennessee, where I attended part of my 7th grade before moving and completing the rest of 7th and 8th grade at Chicora Elementary in North Charleston, SC.  Relocated to Jacksonville, Florida, for a short time and then back to North Charleston, SC where I completed 9th – 11th grades at Chicora Hight School.  Finally, we made our last and final move to Oakridge, Tennessee. I finished high school in 1951 and graduated from Oakridge High School.

After working several odd jobs, I served in the Navy from 1955-1957. Upon returning home, I entered Carson-Newman College where I received my Bachelor’s degree in 1961.  After working for a few years for the Department of Corrections, I was awarded a scholarship to attend the University of Tennessee where I graduated with my Master’s degree in social work.  I was recruited to work at a mental health center in Morristown, TN, before taking a job with Holston Valley Hospital in mental health which later became known as Frontier Health.  I worked at Frontier Health until partially retiring in 1965 but returned working part-time for several years. I constantly felt I should be doing more to help others and decided to join the Peace Corps in 1999.  My home site was in Ploiesti, Romania. I returned to Frontier Health working part-time and completely retired in 2012.

I married Linda in 2012 and it was a beautiful combination of two people who loved serving others.

I always put God first in my life and was saved at an early age.  I have attended several churches including First Baptist Kingsport, Tri-City Baptist, Colonial Heights Baptist and currently a member of Higher Ground Baptist Church.

I have always been an athletic type of guy enjoying most all sports. I coached in the Kingsport City League and Boys Club. I always looked forward to my three sons being old enough for me to help coach. Coaching my sons would become the most enjoyable times of my life. I was an avid University of Tennessee fan, especially UT Football and still a current season ticket holder. I also enjoyed playing golf.

I was a member of several fraternal organizations including Fraternal Order of Eagles, Moose and Elk Clubs.

I was diagnosed with Parkinson’s disease which has limited my activities and prevents Linda (my wife) from doing many things we enjoyed.  We enjoyed traveling to see family and friends. We were able to visit several countries in Europe and Asia during my time with the Peach Corps, however, the most enjoyable ting was getting to see our grandsons play baseball and our granddaughters play volleyball.

I would like to extend my gratitude to Doug Varney and Charlie Goode for their help I received in mental health in the Kingsport area.

The family would like to thank the amazing staff at the Community Living Center on campus at the VA, Sharon and Marlie with Home Instead Senior Care for home attendance and aide. Homebound Care staff provided by the VA, and Will and Sarah with Kindred Homecare.  They demonstrated not only outstanding medical care, but more importantly heartfelt compassion.

Graveside services will take place at 2:00pm on Tuesday, March 29, 2022 at Mountain Home National Cemetery, with Rev. Larry Swindell officiating.  Military Rites will be conducted by The American Legion Posts 3/265.

Family and friends will serve as pallbearers.

To order memorial trees or send flowers to the family in memory of Earl Harlan White, please visit our flower store.