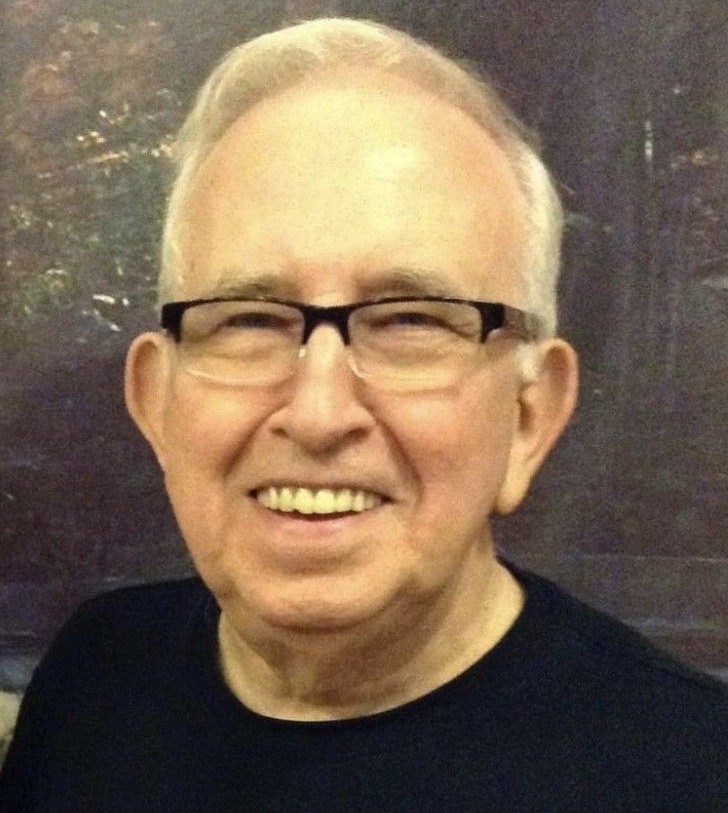 On Friday afternoon, February 18, 2022, our precious Husband/Dad/Pappy went home after a lengthy illness to be with his loving Savior. His family’s heartbreaking loss here is Heaven’s glorious gain. He is healed and will experience no more pain and suffering.

Elijah McCray, Jr. was born on September 30, 1939, in Letcher County, KY, to Elijah McCray, Sr. and Callie Williams McCray. When he was a teenager, his family moved to Kingsport, TN. Known as “Jay” to those close to him, he graduated from Lynn View High School in 1959. Later moving to California, he attended a year of art school. Jay was a very talented artist who painted beautiful pictures that adorn the walls of many family members and friends. His other artistic passion was carving cedar crosses from trees cut on his own land. Many who read this will have been the recipients of those crosses in the form of pins, pendants, or desk ornaments. He was also accomplished in several other areas of art and has inspired some of his children, grandchildren, and great grandchildren to follow in his footsteps.

Jay retired as Assistant Parts Manager from the Kingsport location of Volkswagen Corporation. VW’s were another great area of interest to him. Becoming bored with retirement, he accepted a position in the sporting goods department of WalMart on Fort Henry Drive and retired a second time after 15 years of service there. He was loved by everyone who knew him well through meeting him in these work positions as well as having been a part-time associate at Dollar General Store in Fall Branch, TN.

Jay is survived by his beloved wife of 42 years, Betsy Steadman McCray, and their six children: Danny McCray, Jason (Connie) McCray, Joy (James) Lyons, Shani (Franky) Hawthorne-McMillan, Benjamin (Lyndsay) McCray, and Samantha (David) Redwood. In addition, he is survived by 15 grandchildren and 8 great grandchildren. Also surviving him are his brothers David and Charles (Reba) McCray, and many foster children. One very special person surviving Jay is his precious caregiver, Melissa Wilson, who gave him the utmost in loving care throughout his lengthy illness.

Jay’s favorite Bible verse and life goal was Joshua 24:15, “As for me and my house, we will serve the Lord.” He exemplified this wonderful trait in his daily walk with the Lord here on this earth. He was a member of Holy Mountain Baptist Church, Kingsport, TN.

A graveside service is scheduled for Monday, February 21, at 2:00 p.m. at Oak Glen Baptist Church Cemetery, Fall Branch, TN. The family respectfully requests that anyone attending the service will observe social distancing as much as possible for the well-being of all involved.

In lieu of flowers, the McCray family would like to request that a donation be made to a local art class or program for children in honor and memory of Jay’s love for helping young artists.

To order memorial trees or send flowers to the family in memory of Elijah "Jay" McCray, Jr. , please visit our flower store.