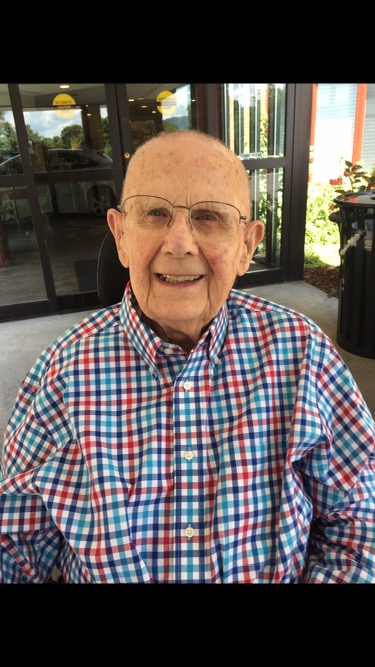 Born July 15, 1923, in Danville, VA, he was the son of William Henry Williams and Lucy Gillette Williams. He was educated in Danville Public Schools, graduating from George Washington High School in 1942. He attended VPI and graduated in 1948 after serving in WWII.

A proud veteran of the U.S. Army, his WWII service included participation in the Battles and Campaigns of Normandy, Northern France, Rhineland and Central Europe. He also served during the Korean Conflict.

A 38 year employee of Tennessee Eastman Company, he retired in 1986. He was a member of Waverly Road Presbyterian Church, serving as a deacon and elder. He was a long time member of the Kingsport Elks Lodge and the TN Elks Association Scholarship Program.

The family will receive friends from 10am to 11am on Tuesday, August 17, 2021, at Hamlett-Dobson Funeral Home, Kingsport. An 11am service will follow with Larry Munsey, Baysmont Chaplain, officiating. Burial will be at 1pm at Mountain Home National Cemetery in Johnson City, TN.

The family wishes to thank all Asbury Home Services caregivers for their excellent care and especially thanks to Linda Miller for her dedication in providing that care of more than four years.

To order memorial trees or send flowers to the family in memory of Ezra Williams, please visit our flower store.