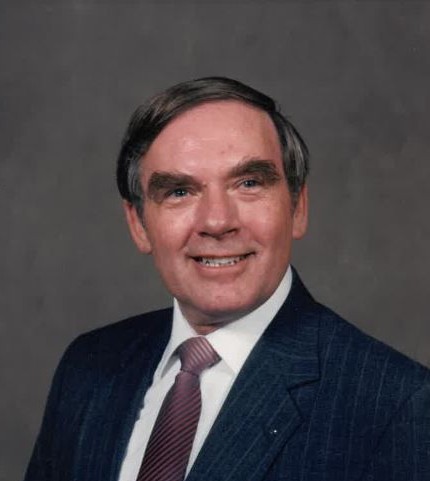 The life story of Forrest Lee Teets ended on February 14th, 2022 after a long battle with Lymphoma.  He was blessed throughout his entire life in his Christian faith.  Born in Wiliamson, West Virginia on September 10, 1936, he was raised the first six years in Bluefield, West Virginia.  He had great memories of Wade Elementary School there, and the love he learned from his Christian father and mother, Fred Elton and Thelma Halsey Teets, and his Sister, Janet (Teets) Martin.  His West Virginia relatives remained a constant strength and source of support throughout his life.  The family moved to Kingsport, Tennessee in August of 1943.

He attended the Kingsport City School system, graduating from Dobyns-Bennett High School in 1954.  While in High School he was President of the Student Council, kicked extra points for the football team, and learned to love music by singing in the chorus and playing a trumpet in Professor Witt’s concert band.

After a delightful freshman year at Lincoln Memorial University, Forrest transferred to the University of Tennessee, Knoxville where he graduated with Bachelor’s and Master’s degrees in Industrial and Personnel Management, with a minor in Economics.  He was a member of Sigma Alpha Epsilon Fraternity, where he served as Chaplain in his senior year.  He sang in the University of Tennessee Chorus and was a tenor with “The Tenn. Men”, a traveling sub-group of the chorus.  Forrest was again blessed by being selected to be a Co-Op Student at U.T., working at Tennessee Eastman Company throughout alternating sessions during his undergraduate work.  After graduating, he joined Eastman and spent nearly 40 years in Supervisory positions there, concluding his career as Vice President of Eastman Credit Union.

In 1958 he married Beverley Howard, of Kingsport, and became the father of three children: Timothy in 1963, Thomas in 1964 and Beverley Kathryn (Kitty) in 1968. They filled his life with joy and pride.  In 1980 he married his beloved Sara Swann King, and in the union gained two stepchildren that completed his family blessings: Sally (King) Humbert and William L. King, Jr. (Bill).  He thanked God continually for the happiness and fulfillment that his family provided.

He was active in his church and community, serving with the talents and sense of humor that God gave him and giving back to the people and organizations that gave him life.  He was continuously amazed at the mentors, leaders, neighbors and friends with whom God surrounded him in every stage of his life.

He was proceeded in death by his beloved wife Sara, his sister Janet, his stepdaughter Sally, and by most of his friends.  He is survived by his children Tim Teets, Thom Howard, Kitty Howard-Berger and his stepson, William King, Jr.   The icing on his cake of life was his surviving grandchildren Ashley Lauderdale, Lindsay Salabert, Jordan Myers, Chelsey Holmes, Camille Wilson, Taylor Teets, Chloe Howard, Nicholas Howard, Patrick Ditzler, Breena Trujillo, and Shannon Garrison.

Forrest was a wonderful father and grandfather, a good friend, and a devout Christian.  He was the kindest and loving man we have ever known.

If you wish to honor Forrest in some way, please call someone in your family with whom you have not spoken recently, and attend the church of your choice next Sunday, thanking God for your life and personal blessings.  If you wish to make an enduring memorial, please donate to the Lymphoma Research Foundation (https://lymphoma.org).

A Celebration of Life service will be held in the summer.  An announcement will be made as soon as a time is set.

To order memorial trees or send flowers to the family in memory of Forrest L. Teets, please visit our flower store.