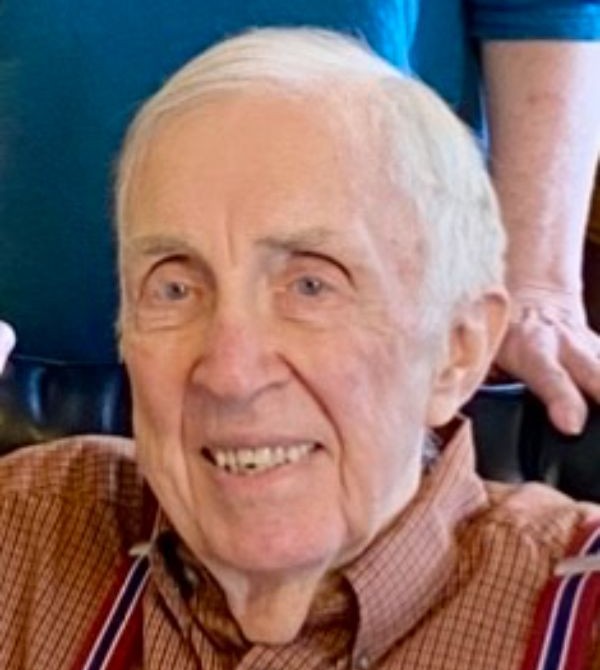 Kermit Gardner Hammond, 87, of Kingsport, died peacefully on Wednesday, February 16, 2022. Gardner was born in Kingsport on January 26, 1935, the son of the late Emma Belle Gardner Hammond and Glen Kermit Hammond. Other than the 6 years he was away at college, he lived happily in Kingsport all of his life.

Gardner graduated from Dobyns-Bennett High School, Class of ‘53. It was here that he acquired the endearing nickname “Bevo”. At DB, he was Student Body President, played football and was a member of DB’s first State Championship Baseball Team in 1952. At Student City Day in 1953, he was selected to be mayor, perhaps foreshadowing his future in local politics. During his school years, Gardner was a member of the Boy Scouts of America and achieved the Order of the Arrow. After high school, Gardner headed to Vanderbilt University. He was a member of Sigma Nu Fraternity and graduated in 1957 with a degree in Arts and Sciences. In 1959, he received his MBA from the Darden School at the University of Virginia. Gardner loved his two years studying in Charlottesville and living in an old farmhouse in Crozet.

Gardner returned to Kingsport and began his business career with a short stint at Tennessee Eastman. He then joined the team at the Kingsport Foundry and Manufacturing Corporation where he was an owner and Chief Financial Officer for over forty years.

Gardner loved family, his church and his city. He had a strong sense of civic duty and was very active in the church and in the community.

Gardner was a member of First Broad Street United Methodist Church from 1950 onward. He was instrumental in creating the first Leadership Academy at First Broad Street and served as its first chairman. The goal of the academy was “to influence our church, our community, our country and the world in a way that glorifies God”.  His service to the church was especially meaningful to him.

As President of the Kingsport Jaycees, he played a central role in establishing the Kingsport Center for Opportunity, a sheltered workshop that offered training and education to those with physical and cognitive disabilities, enabling participants to become more independent. Gardner was a member of the board of directors for the American Red Cross and the Chamber of Commerce. He was a Rotarian and a Paul Harris Fellow.

Gardner took the helm at the Ridgefields Country Club serving on the board for many years. He was President of Ridgefields CC from 1972-1974 and then again from 1994-1997.

Gardner was a leader in Kingsport’s city government. He started out as Chairman of the Recreation Advisory Committee and later was elected Alderman. From ‘73-‘79, he served as Alderman, Vice Mayor and appointed Mayor. In May of 1979, he became Kingsport’s first popularly elected Mayor. Gardner saw the importance of having a pipeline of qualified civic leaders. Under his tenure as mayor, the “Leadership Kingsport” program was conceived.

He enjoyed beach vacations with his family and he was an avid golfer. He loved his Saturday morning golfing buddies and enjoyed playing many rounds with Wilma. Gardner liked to play cards, poker and bridge. He loved listening to and attending operas. He was also an avid reader, especially biographies and history. He loved to grow vegetables and share his harvest, except the cucumbers which were is absolute favorite! Those who were lucky enough to receive a box of his delectable truffles will attest that Gardner was also a master with chocolate and ganache.

To order memorial trees or send flowers to the family in memory of Gardner Hammond, please visit our flower store.