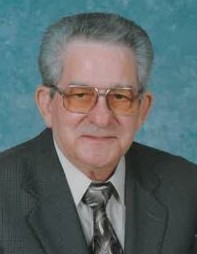 Glen A. Jones, 91, Kingsport, TN, passed away on Wednesday, May 26, 2021.  He was born in Bland County, Virginia on February 1, 1930, son of Charlie and Mary Rhoton Jones, and lived in Scott County before moving to Kingsport in 1980.  He was employed by Holston Defense and retired from there after 30 ½ years of service.  Glen was a member of the U.S. Army and while he was with the 7th Infantry Division helped stem the Communists spring offensive in Korea.

After he received Jesus Christ as his Savior at the age of 50, he loved serving the Lord. Later, he became a member of Pleasant View Baptist Church. He loved hearing his Pastor Wayne Baker preach and being a part of the Willing Workers Sunday School Class.

The family will receive friends from 10 to 11 a.m. on Wednesday, June 2, 2021, at Hamlett-Dobson Funeral Homes, Kingsport. The funeral service will follow at 11 a.m. with Pastor Wayne Baker officiating.

Burial will follow at 2 p.m. at Mountain Home National Cemetery.

The family would like to extend a special thank you to Amedisys Home Healthcare and Hospice for the care given to Mr. Jones.

To order memorial trees or send flowers to the family in memory of Glen A. Jones, please visit our flower store.