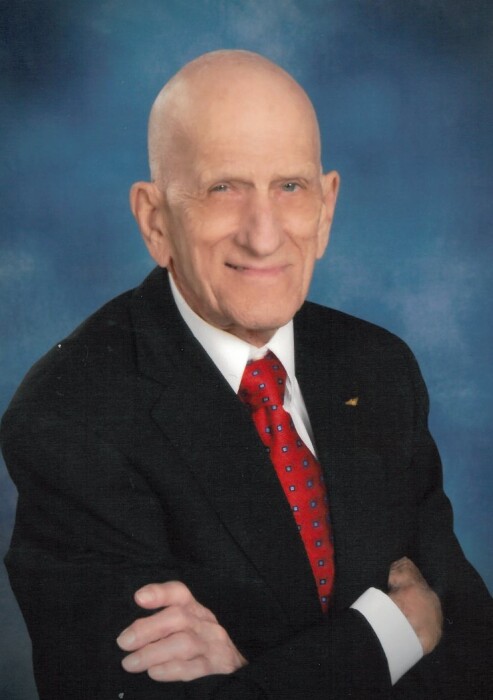 He was a patriotic American

Guthrie Earl Farrar, age 91, of Kingsport, went home to be with the Lord on Sunday, February 28, 2021 at his residence following a period of declining health.  Born in Birmingham, AL on March 17, 1929, a son of the late John Guthrie and Montzora Adair Farrar, he had resided in this area since 1954.  He graduated from Gadsden High School and from the University of Alabama where he earned a Bachelor’s Degree in Mechanical Engineering.  Guthrie married Doris Rosamond Deese on June 4, 1950 in Gadson, AL.  He was a Veteran having served as a Lt. Pilot in the US Navy from 1954-1962.  He retired from Eastman Kodak in 1989.

Guthrie was a lifelong member of First Broad Street United Methodist Church and the Greer Memorial Sunday School class.  He volunteered with Contact Concern, Girls Inc. and at the Kingsport Senior Center where he taught girls tatting.

He will be remembered as a loving and devoted husband, dad, and friend who loved to bicycle, ride his motorcycle, work on cars, and loved his cats.  Guthrie was a member of local bike clubs and competed in the Paris-Brest-Paris bicycle race after his retirement.  In the Navy he was a member of the Hurricane Hunters weather reconnaissance.  Guthrie was a strong American.

In addition to his parents, he was preceded in death by his wife of 58 years, Rosamond Farrar, and brother, Donald Farrar.

He is survived by his daughter, Donna F. Grizzle and husband, David of Jonesborough; son, David E. Farrar and wife, Brenda of Plano, TX; sister-in-law, Jean Farrar of Melrose, FL; nieces, Susan Eades and Becky Huffstetler; and numerous cats that he loved.

An inurnment service will be held on Friday at the Oak Hill Memorial Park Mausoleum.

In lieu of flowers, memorial contributions can be made to First Broad Street United Methodist Church, 100 E. Church Circle, Kingsport, TN 37660, or to any local animal shelter.

To order memorial trees or send flowers to the family in memory of Guthrie Earl Farrar, please visit our flower store.