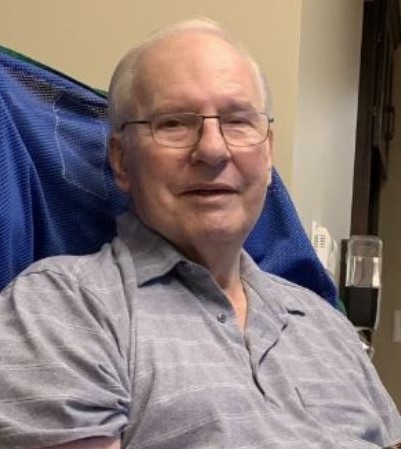 Hugh was born on July 14, 1938, in Kingsport, TN. He graduated from Holston Institute and received a B.S. degree from East Tennessee State University. Hugh began a teaching career with Kingsport City Schools at John Sevier Junior High. After marrying the love of his life, Jo Ann Coffman, he began a 40-year career as a claims adjuster with State Farm Insurance.

He was a devoted deacon and an active member of his church, Beulah Baptist, where he enjoyed serving the Lord by working with the shut-in ministry as well as devoting numerous hours of service to the Tennessee Baptist Children’s Home. In his retirement he loved traveling locally, fishing, gardening, and enjoying time with his family and friends.

He will be greatly missed by a host of friends. A special thank you to the wonderful caregivers and staff of Asbury Place Kingsport Baysmont House who cared for and loved him for the last three years. Also, thank you to the hospice nurses and chaplain from Amedisys for their care and comfort in these last months.

In lieu of flowers contributions may be made in Hugh’s memory to Tennessee Baptist Children’s Home at https://tennesseechildren.org.

To order memorial trees or send flowers to the family in memory of Hugh A. Coffman, please visit our flower store.