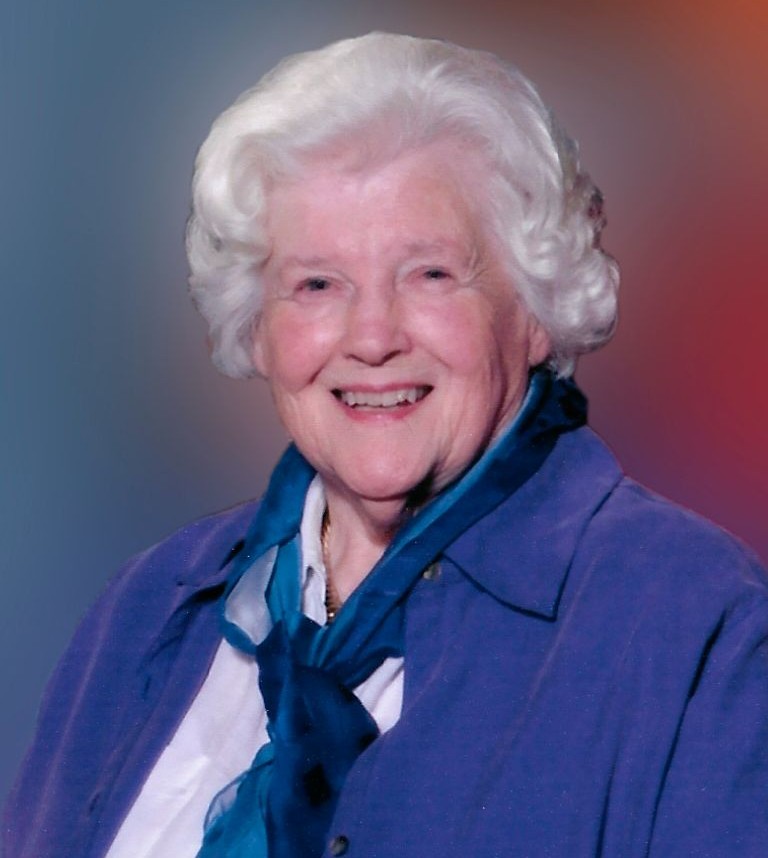 After a cherished day of sharing memories and stories, talking to loved ones with much humor and laughter, Jane Stewart Shivell King, died peacefully on Monday, February 14, 2022 in Kingsport Tennessee. She was just shy of her 98th birthday.

She was born on March 28, 1924 in Kingsport, Tennessee and was delivered at home by the only nurse in Kingsport at that time. She attended Dobyns Bennett High School where she became their first majorette and was active in the drama and dance clubs during her high school years. She attended Hollins College and graduated from University of N.C. with a BA in English. She was a member of the Pi Beta Phi Sorority and the poetry club. She wrote many poems and song lyrics and composed music with her friend, Valda Stone Page…, one of which was chosen to be played by big band era leader, Benny Goodman.

She married long time childhood friend, John R. (Jack) King on May 22, 1948 after his return from World War 2 where he served in Patton’s Third Army. They were married at First Presbyterian Church and Jane, always liked to tell that she enhanced the fashion of her times by choosing to wear a pale pink satin wedding dress instead of the traditional white. They returned to Kingsport after a few years in Durham, NC where she taught ballroom dancing while her husband finished at UNC. They spent the rest of their lives enjoying and supporting the community they loved. Jane was active at the First Presbyterian Church where she served as Deacon, Elder and president of the Church Circle. She was active in the Kingsport Junior League, Little House and Garden Club, Junior Kingsport Book Club and spent many years volunteering with Kingsport City Schools and cub scouts. She was an active board member and served as Chairman of the board at Grandfather Home for Children and was an avid supporter of Lees-McCrae College.

Jane was the first tell you that family was the most important thing in her life : from her most favorite early memories of summers spent in Michigan with her grandparents and cousins…to summers at Boone lake and special family trips and gatherings. She was blessed to have the opportunity to travel around the world and experience different cultures. She was a stickler for manners and loved to say “what would Emily Post think” when things were not done to her liking. She always stated that dancing was an important part of her life and that “ she came into this world dancing and planned to leave the same way.”

We wish to give special thanks to the wonderful caregivers at Preston Place Suites; the many friends and caregivers who have loved and taken care of her for the past 5 years; Smokey Mountain hospice and especially to Diana Williams who she has loved as her friend and caregiver for over 30 years.

The family will have a burial service at Oak Hill Memorial Park, followed by a family memorial service at First Presbyterian Church with Dr. William M. Shelton, officiating.

In lieu of flowers, Jane requested donations be made to First Presbyterian Church, 100 West Church Circle, Kingsport, TN 37660 and/or Grandfather Home for Children, 158 Grandfather Home Drive, Banner Elk, Nc 28604  Or feel free to donate to a cause close to your heart.

To order memorial trees or send flowers to the family in memory of Jane Stewart Shivell King, please visit our flower store.