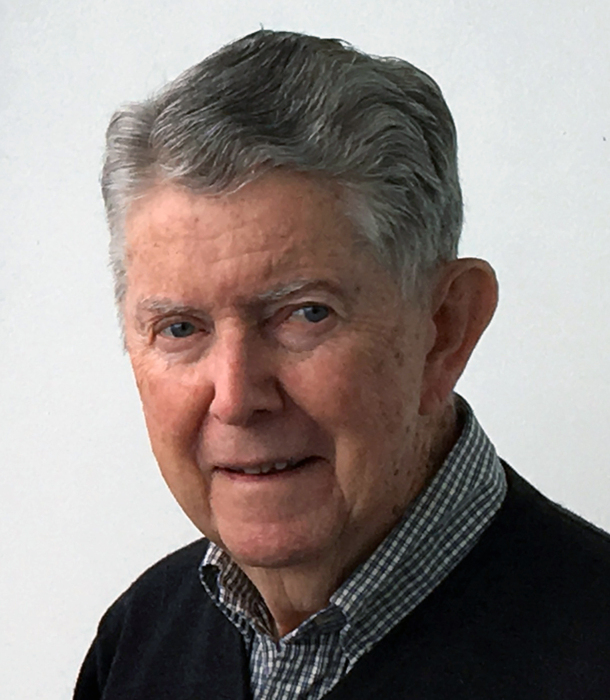 Raised in Bristol, TN, John graduated in 1953 as Valedictorian from Bristol Tennessee High School, where he served variously as President, Treasurer and Historian of his class, was a member of the Civitan and Beta Clubs and was a delegate to Boys’ State.

During the summer of 1954, John and his friends Ben Frizzell, Jim Blair, Bill Cunningham, and brother Harry constructed the “Nilla Rizee”, a houseboat on South Holston Lake, in part from an old golf course building. Over the next several summers, they spent many happy days on the lake.

While in graduate school, John worked during the summers for Eastman Chemical Company. He joined Eastman as a research chemist focusing on Polymers after serving in the Army Chemical Corp for two years. He went on to serve as Director of Marketing, New Products Division, and in several other positions in marketing and research. Upon retirement in 1999, he was a Futures Research Fellow.

John enjoyed woodworking and puttering around, and starting, but hardly ever completing, projects, much to his wife’s chagrin. John and his wife spent summers in Banner Elk, NC and wintered between Palm Springs and Hilton Head, SC. He had a very serious demeanor, but enjoyed practical jokes amongst his friends, a few of whom woke up to flocks of plastic flamingoes in their yards, or found a large, classical nude statue in their office before a major meeting.

He was predeceased by his wife, Mitzi Gilmer, his daughter, Emily Gilmer, and his sister, Mary Jane Broome.

John is survived by his son, John Gilmer of Palm Springs, CA and New York, NY, and his brothers, Harry W. Gilmer and David P. Gilmer, and several nieces and nephews..

A service of remembrance will be held at a later date.

The family suggests in lieu of flowers donations be made to the Gilmer Family Fund, In Care Of: East Tennessee Foundation, 520 W. Summit Hill Drive, Suite 1101, Knoxville, TN 37902, or to the charity of one’s choice.

The family wishes to thank the staff at Oakmont Memory Care in Bristol, for the wonderful care they gave John in his final years.

To order memorial trees or send flowers to the family in memory of John Charles Gilmer, Sr., please visit our flower store.