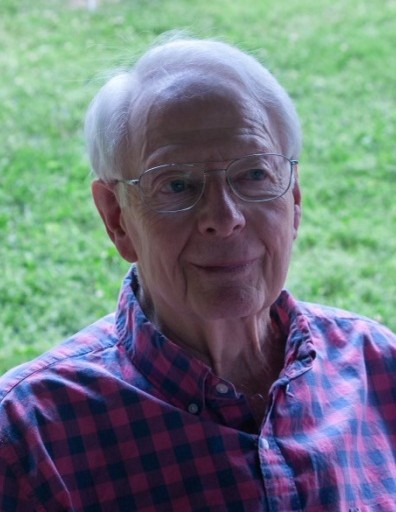 John Hale, life of the Kingsport party, told his final joke on Sunday, August 29, 2021 among friends at home.

John William Hale was born on April 6, 1939 to William Chamberlain Hale and Clara Cossaboom Hale of Kingsport, TN, entering the world alongside his twin sister, Barbara Jane Hale. He was an avid sportsman during school, playing on the varsity basketball team at Dobyns-Bennett High School, enjoying golf, tennis, and handball, and graduating in 1957. In 1961, he earned a Baccalaureate Degree in Chemical Engineering from Vanderbilt University where he played on the basketball team, and he ultimately earned an MBA from the University of North Carolina.

John followed in his father’s footsteps entering his professional life at Eastman Chemical Company, first employing his technical skills as an engineer, and eventually becoming an entrepreneurial sales executive. He excelled in chemical and vitamin sales, working in the New York and Kingsport Offices, and traveling the world as a master of the art of relationship-building as a pathway to multinational business development. Toward the end of his career, he was hired by Archer-Daniels-Midland Company (ADM) to train new sales executives to focus on hosting, establishing trust, and building global portfolios.

John was a devoted husband to Gail Taylor Smith Hale of Kingsport, and father of his children and step-children, Beth, Tommy, Johnny, Win, and Katherine. Being constantly recognized for his benevolence and magnetism, John devoted countless hours as the President of the Council for Responsible Nutrition and as “Sunshine” in the Kiwanis Club. As his children progressed through school, he coached and served as the PA announcer for youth soccer, and he taught Sunday School as a member at First Presbyterian Church of Kingsport. (His students were subsequently offered remedial biblical training as needed.) He spent countless summer days with his children and grandchildren at Litchfield by the Sea in Pawley’s Island, SC, where he and Gail vacationed quarterly. John’s avid love for photography and digital imagery consistently archived the fun and passion that he fostered within his family.

Anyone who knew John was blessed with his quick wit, his enormous kindness, and his ability to turn any event into a celebration. John’s mind was a library of joke books, and the card catalog of his mouth was perpetually open. Any time spent with John was full of laughter, warmth, and usually wine. His infectious humor was the seed that incited friendship to bloom among those around him. His Bible study group, his golf group, his dinner club friends, and his worldwide traveling companions were fueled by his energy, and he continually documented his community groups through stunning photography. In his later years, he continued to find joy, love, and support from his lifelong friends who supported him until the day he went to be with his Savior.

The family is very grateful for the loving care given by Misty McFarland, Denise Horton, Jill Carter, Glenda Vaughn, and Azegenech Tefayesus (Zee) within John’s final years with us.

A celebration of life will take place Saturday, September 4, 2021 from 2-4pm at Allandale Mansion.

In lieu of flowers memorial contributions can be made to the Kingsport Boy & Girls Club, www.kbgc.org.

To order memorial trees or send flowers to the family in memory of John Hale, please visit our flower store.