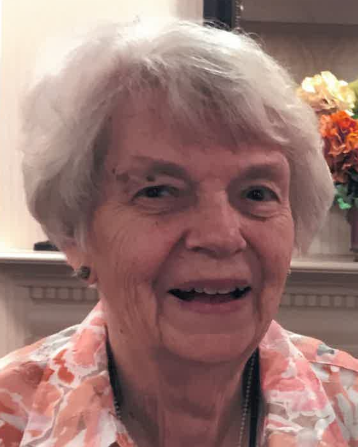 Johnnie Lee Smith Witt, 89 years old, died April 11, 2021 in Kingsport, Tennessee from metastatic breast cancer, first diagnosed at 80 years of age.  Born in Ridgeland, South Carolina, Johnnie Lee was the only child of Senator John Foster Smith and Ida Lee Parler Smith.  She was a member of First Families of South Carolina and the Huguenot Society through her Cuttino (Jérémie Cothonneau) ancestors.  Jérémie arrived in South Carolina about 1687 from Ile de Re, France. Ms. Witt, her cousin and daughter have visited the ancestral home, which still stands today.

She loved her childhood in Ridgeland.  She attended Ridgeland Public Schools and was an honor graduate of Furman University, Class of 1951. She met her husband, a student at Clemson, through mutual friends and was married in 1952 at the Ridgeland Baptist Church.

Johnnie Lee was a dedicated public and private school teacher in both Maryland and South Carolina. When teaching elementary school in Pendleton, SC she had to build a fire in the stove in her classroom each morning.  Over the years, she also worked as a kindergarten teacher, a teacher for home bound students and taught reading to adults.

While in Maryland, Ms. Witt was a State Vice President of the American Association of University Women (AAUW) and a founding officer of the Aberdeen-Hartford Branch. She was a life member of AAUW. Active in the Havre de Grace United Methodist Church, she served on the Baltimore Conference Board of Higher Education.  In 1971, Johnnie Lee and David build their dream home on Brotherton Court in Havre de Grace, MD.  The house was designed by Poldi Hirsch, an Early Woman of Architecture in Maryland.  The house was also featured in the Baltimore Sun newspaper Sunday Magazine.  About this time Ms. Witt founded the Board of Directors and became the first curator of the Susquehanna Museum of Havre de Grace, MD, a National Historical Register Property.  She helped restore the Lock Tender’s House on the canal for the museum using state and federal funds.  For this work, she received the Governor of Maryland’s Award for Restoration.

Johnnie Lee volunteered in many capacities, including as a Girl Scout Leader.  She and another mother took a group of girls camping in the woods although they themselves had never been camping.  She served as the treasurer of the local theater group and was a member of the Evergreen Garden Club.  After returning from her first club meeting she lamented that not many of the members had actually gardened.

Johnnie Lee was a thoughtful and regular letter writer. Anyone who received one of her newsy and well written letters or cards was greatly blessed. If you asked her, she would tell you that she hated to cook.  In reality she was actually an excellent one.  She was a consummate hostess for her husband’s work colleagues from around the world.  One Christmas, 20 people from England, Germany and the United States had Christmas dinner and sang carols around the piano in her home.  These dinner parties usually included at least one dish she had never cooked before. She was an excellent seamstress and tailor.  Each Easter, she constructed some of the best-looking outfits (including coats one year) for her daughter and herself.

A memorial service will be held in the garden at Mountain View United Methodist Church, Kingsport, TN, on Wednesday, April 14, 2021 at 11 am. Visitation will be held one hour before the service in the church sanctuary.  Masks and social distancing will be required.  A private interment will be held Thursday at Melrose Cemetery in Swansea, SC, next to her husband of 67 years, David Hampton Witt.

To order memorial trees or send flowers to the family in memory of Johnnie Lee Smith Witt, please visit our flower store.