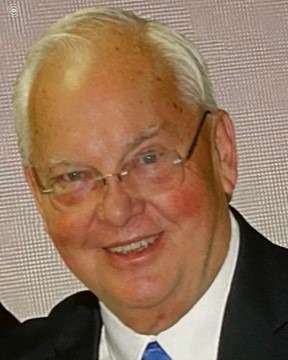 Ken Carver, 86, of Kingsport, peacefully passed away Wednesday, January 4, 2023 at his home. He was born on July 25, 1936 to the late Joseph and Daisy Carver. Ken was a graduate of Tuscaloosa High School, class of 1954 and attended The University of Alabama, College of Arts and Sciences from 1954-1956. He graduated from The University of Tennessee, College of Dentistry June of 1959 with honors and Deans list.

Ken proudly served in Dental Corps of the U.S. Army and attained rank of Captain from July 1959 – July 1962. He entered private practice of Dentistry in Kingsport, TN, where he joined Dr. Pope Johnson and formed a group practice where he continued from July 1962 to present.

A Celebration of Life service will be held, Thursday, January 12, 2023 at 11:00 a.m. with Mark Lowe officiating, at East Tennessee Funeral Home. The family will receive friends following the service.

East Tennessee Funeral Home is honored to serve the family of Ken Carver.
To order memorial trees or send flowers to the family in memory of Kenneth Carver, please visit our flower store.