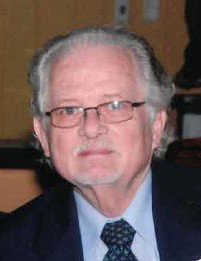 Lowell Eugene Thompson was called home on February 24, 2021 at the age of 82. Lowell was born in Kingsport, TN on March 6, 1938 to Charles Howard Thompson and Laura Jane Litton.

Lowell was a 1956 graduate of Ketron High School and as he would say “one night of night school.” At age 17, he first set out on a life of adventure by hitchhiking his way to Florida. By 18, he was ready to explore the world as a Seaman in the U.S. Navy. He rose to the rank of Petty Officer 1st Class in the U.S. Naval Reserve as an Air Transport Navigator, serving over twenty years.

He soon married his high school sweetheart, Nancy Griffith Thompson. They explored life together as traveling companions, business partners and forever best friends. They traveled the country seeing 49 of the 50 states many with their travel partners Jim and Bernice Dixon. Lowell and Nancy developed his birthplace into a 4-unit apartment complex in 1982 and was founder of East Tennessee Obsolete Auto Parts, which he operated for over forty years.

Lowell worked for Eastman Chemical Company beginning as an apprentice working his way up to retire after 38 years of service as a Maintenance Supervisor. He became a leading expert in the restoration and collection of Corvair automobiles attending several national conventions and receiving countless awards. Over the course of thirty years, he worked alongside his brother-in-law Bud Barrett restoring his original 1957 Chevrolet Bel Air which has won regional awards.

He was an active member of Vermont United Methodist Church for over seventy years serving on numerous boards and committees. He forever served his country and community by taking on leadership roles in several organizations such as Ruritan and Boy Scouts of America.

The entire family extends their appreciation and gratitude to Tabitha Sells who assisted the family as his caregiver, along with all the heroes at Bristol Regional Medical Center and Encompass Health.

Lowell was laid to rest in a private family service at Vermont United Methodist Church and graveside service at East Lawn Memorial Park, officiated by the Rev. Jeremy McMillan.

In lieu of flowers, memorial contributions may be made in Lowell’s honor to Vermont United Methodist Church, 1817 Bloomingdale Road, Kingsport, TN 37660.

To order memorial trees or send flowers to the family in memory of Lowell Eugene Thompson, please visit our flower store.