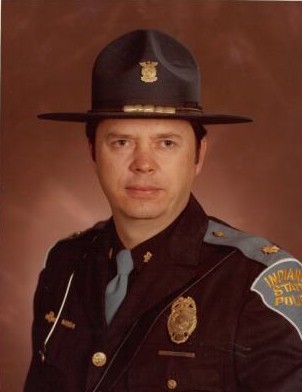 Ronald was welcomed home with these words.

Ronald was born in Evansville, IN on March 19, 1937, a son of the late Erwin and Dorothy Schlundt Mertens.  He has resided in this area since 2000 moving from Englewood, FL.

Ronald graduated from Indiana University with a Master’s degree in Criminal Justice.  Ronald married Ila Rivers on July 5, 1975 in Evansville, IN.  He retired from Indiana State Police in 1981 following 30 years of service, retiring as a Major.  After retirement he served 20 years as a Missionary with Ila.  Ronald was a member of Springdale Baptist Church.

Mr. Mertens will be remembered as a loving and devoted husband, dad, grandpa, and friend who loved to study the Bible and spending time with Ila, traveling to 20 different countries.

The family would like to extend a special thank you to Richard and Libby Marcus, Delmar, Charlie and Steve.

In addition to his parents, he is preceded in death by a son, Brett Mertens, and sister, Dolores Ridenour.

To order memorial trees or send flowers to the family in memory of Major Ronald E. Mertens, Retired, please visit our flower store.