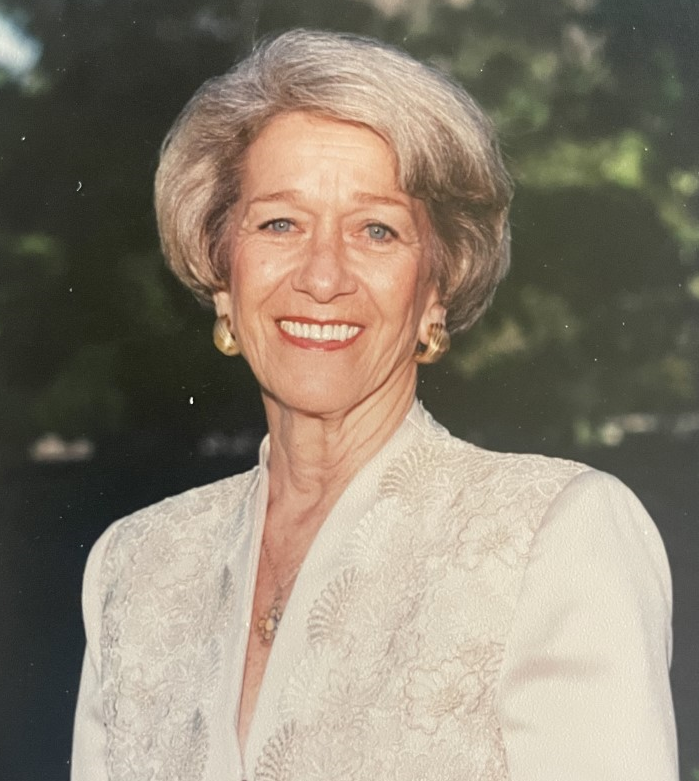 Margarette Lacrease “Pat” Lee Harrison was born in Newnan, Georgia to Mrs. Alma Davis and Mr. Loren Loy Slaton.  She was raised from her very early years by her Aunt Vinnie Mae (Slaton) and Uncle John Robert Melson in Newnan, Ga.  She passed away peacefully at Belmont Village in Nashville, TN on September 15, 2022.  She graduated from Newnan High School where she was very active in sports and cheerleading and received an Associate’s Degree from Harrison Secretarial and Business College in Atlanta, Georgia.

She was an active member at First Broad Street United Methodist Church since arriving in Kingsport and especially her Sunday School class “Pairs and Spares” later in life with Norm.

Pat moved to Kingsport from Atlanta, GA after her wedding with Bob where she worked several years as a secretary at Tennessee Eastman Company.  She was a devoted wife, mother, and grandmother. Pat was very active as a volunteer in the Kingsport community serving on many committees and in several service organizations including The Kingsport Junior League, the Kingsport PTA, several hospital fund raisers and galas, the Kingsport Book Club and Kingsport Garden Club to name a few.  Pat belonged to two long standing social bridge clubs and was an active and accomplished tennis player and enjoyed golf and snow skiing.  Pat traveled the world extensively.  In her final years she commented, “I guess I’ll never make it to Prague or Antarctica – the two places I haven’t been”.  Pat was generous with her time and resources to always help people as best she could.  She was known for kindness, friendliness and her sociability.  She especially loved and was very proud of her 3 granddaughters – Addie, Ellie and Caroline.

In addition to her parents, she was preceded in death by her two husbands, Bob Lee and Norm Harrison and her brother Willis Harvell Slaton of Newnan, GA.

The family is especially appreciative of the excellent care she received in her last 3 years of life at Belmont Village in Nashville, TN.  She especially loved her “pals” and caregivers and her special caregivers Maria and Angie.

A Celebration of Life Service for family and friends will be held at 1:30 pm on Tuesday September 20, 2022 at Broad Street United Methodist Church with Dr. Wm Randall Frye officiating. Visitation will follow the service at the church. A private family graveside service will be held at Oak Hill Memorial Park, Kingsport, TN.

To order memorial trees or send flowers to the family in memory of Margarette Lacrease "Pat" Lee Harrison, please visit our flower store.