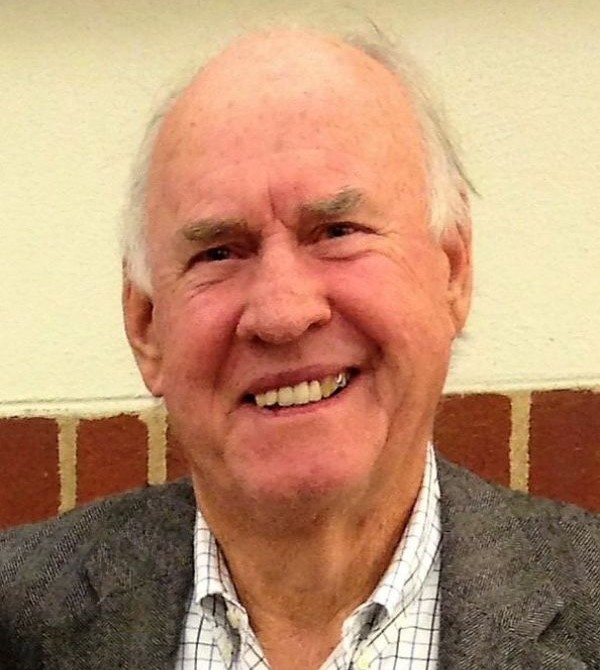 “Three things will last forever--faith, hope, and love--and the greatest of these is love.” 1 Corinthians 13:13

Johnson City, Tenn. - Michael C. Gregory “Mike”, age 79, of Johnson City, Tenn. peacefully went into the arms of Jesus on Saturday, November 13, 2021, surrounded by his family, who he adored more than anything in the world. Mike grew up in the Mentor Community of Louisville, Tenn. He is preceded in death by his parents, Betty and J.C. Gregory, and brother David Gregory. He is survived by brother, Gene Gregory, Maryville, Tenn. and his daughters, Melissa Gregory Scheurer, Gray, Tenn.; son-in-law, Charles Scheurer, grandchildren, Hannah and Sarah Scheurer and Marsha Gregory Ferguson, Kingsport, Tenn. son-in-law, Michael Ferguson, grandchildren, Emily and William Hammond, Hunter and Zachery Ferguson.

Mike graduated from Friendsville High School, Maryville, Tenn. He attended Maryville College as a basketball collegiate athlete and received his Bachelor of Science in Education in 1965. He continued his education to receive his Master of Arts from East Tennessee State University in 1969.

He began teaching and coaching in the Johnson City School system at North Junior High School in 1967 until Liberty Bell Middle School opened where he taught seventh grade science for nearly 30 years. He enjoyed coaching for many years and officiated TSSAA high school football games for more than 20 years.

He was known for his love of sports and play. He encouraged his children and grandchildren to try every sport offered, and very rarely did his miss a game or an opportunity to “coach” them in their respective sport. He even stepped in as his grandson’s basketball team coach at 77 when they needed a coach. He was adored and respected by his students for his “old school” style of coaching, but it was a fun learning experience for all. An avid Tennessee Football fan, Mike held UT season tickets since 1967 and traveled all over the country to watch them play in various bowl games. In his later years, he enjoyed hosting UT Football Watch Parties with his family. Mike loved and supported ETSU Men’s Basketball, attending the SoCon Championship Tournament in March of 2020. He was so proud of ETSU Football and was in attendance of the first game, in September of 2017.

He loved being on the water and spent many summers on Boone Lake, pulling kids and friends behind the boat on water skis and tubes all day long. He always considered it a challenge to see how long someone could stay on the tube or who would win a race on the wave runners; he would do anything to make you laugh!

Spending time with his family and sharing his experiences with his grandchildren was one of his favorite activities; Mike was quite the storyteller. He attended Celebration Church in Blountville, Tenn. and enjoyed exploring new travel destinations across the United States and the Caribbean. He had a zest for life that was inspiring.

The family is holding a private celebration of life in his honor. The family encourages leaving memories and condolences on the Hammett-Dobson Funeral Home website www.hammettdobson.com. In lieu of flowers, memorial contributions may be made to a cause meaningful to you in his honor.

Please visit www.hamlettdobson.com to leave an online condolence for the family.

To order memorial trees or send flowers to the family in memory of Michael Gregory, please visit our flower store.