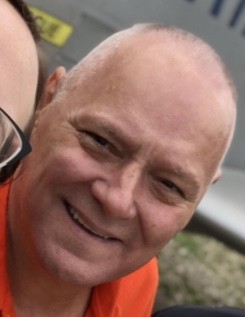 Michael Anthony “Mike” Ketron, age 57, of Kingsport, TN went home to be with the Lord Friday, May 7, 2021 at his residence unexpectedly. Born in Ft. Shelby, Virginia on May 8, 1963, son of Joe and Jean Ketron, he has resided in this area most of his life.

He was an owner/operator at Specialty Moving 3rd party services.  Mike was a member of the Glenwood Community Church.

Mike will be remembered as a loving and devoted son, dad, papaw, brother, uncle and friend.  He loved to sing, talk about the word of God, and he also loved to help people. He was known for his giving nature, always going out of his way to help others, he would give his shirt off his back.

Mike and Mark identical twin brothers were rarely seen out without each other. If you see one the other was not far behind. Being around these two was like living on a comedy set. Always getting on each other nerves, but they were always laughing while they did it. They shared a bond that we will never understand, but the love they shared is strong. Mark will forever be Mike’s best friend until they meet again.

The family would like to extend a special thank you to Trish and Ed Leeper, for taking special care of him.

To order memorial trees or send flowers to the family in memory of Mike Ketron, please visit our flower store.