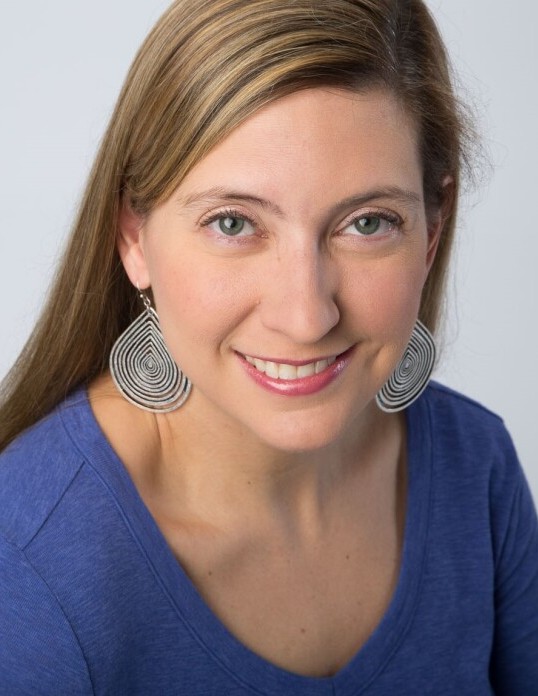 Gathering of Family and Friends

Missy Ruth (Shelton) Belote made her grand entrance onto Heaven’s stage as the Father welcomed his daughter home on Thursday, June 3, 2021, after 44 amazing years as a friend, a beloved daughter, sister, wife and mother, and a witness to Christ.

Her voice echoed around the world, praising her Lord in song, sharing her faith in sermon, and showcasing others’ journeys in story.

Missy came into this world on a snowy Thursday in January 1977. She graduated from Dobyns-Bennett High School, earned her journalism degree from the University of Missouri, and completed her master’s degree in communications at Missouri State University. She was enrolled at Asbury Theological Seminary working on her Master of Divinity at the time of her death.

She enjoyed three successful careers: a journalist and leader for public radio and television in Springfield, Missouri; a marketing communication representative for Eastman; and an associate pastor at First Broad Street United Methodist Church. With each new adventure, she made her teams stronger with her unselfish commitment to her colleagues, her attention to detail and excellence, and her giving heart and listening ear.

Missy’s greatest accomplishment was as architect of a family that connected hearts across continents. She wanted nothing more than to become a mother and traveled to Vietnam, Ethiopia and China to fulfill that dream. Those three gold stars carry their mother’s love in their hearts and endure as her biggest legacy.

A stage never shined brighter than when Missy was on it. She made her debut as Molly in “Annie” at the Civic Auditorium. She cultivated her talents through elementary school, John Sevier On Stage, the Showboat Dinner Theatre, the D-B Show Choir and Springfield Little Theatre in Missouri. Her favorite roles included Grace in “Annie,” the Narrator in “Joseph,” and Milly in “Seven Brides.”

She was always planning the next trip. Her travels took her to nearly every corner of the planet. One occasion, she had breakfast in Amsterdam, lunch in Brussels, and dinner in Paris. There was no beach she did not love. Her favorite sands included Hawaii, Myrtle Beach and Amelia Island, Florida.

As a child, she did not have pets. As an adult, her heart overflowed caring first for her beloved cats, Little Buddy and Pierre. They returned the affection by staying by her side as she battled back the side effects of the first wave of chemotherapy. She never thought they could be replaced, but Jack and Twig gracefully took up the mantle of feline caregivers in the final years of her life.

A teacher once told her she never saw Missy without a book in her hand. Her voracious appetite for reading informed her imagination and inspired her to write as often as she could. Her poetry and short stories reflected her hopes and dreams. In 2015, she re-imagined her and Brad’s infertility experience as a royal romance and became an author herself. (“Inconceivable” by Tegan Wren).

She is survived by her devoted husband Brad; children Zeke, Quilla, and Zeb; her parents, Ron and Lowanda Shelton; her sister Wendy Tase (Neiko); and her brother Quinn Shelton (Megan Krager); brother-in-law Travis Belote (Melissa); her in-laws, Steve and Terry Belote; and nieces and nephews Vivi and Vizo Tase and Bridger and Henry Belote.

She was preceded in death by Lewis and Thelma Salyer (grandparents), James and Martha Shelton (grandparents) and Little Buddy and Pierre Clovis, her beloved cats.

Missy’s life and legacy will be celebrated Wednesday, June 9, at 6:30 p.m. at First Broad Street United Methodist Church, 100 E. Church Circle in Kingsport. Friends and family will gather to honor Missy on Thursday, June 10, 2021, at the Kingsport Farmers Market, 308 Clinchfield Street, in Kingsport, from 5 p.m. to 8 p.m.

In lieu of flowers, memorial donations may be made to the Holston United Methodist Home for Children and PETWORKS.

To order memorial trees or send flowers to the family in memory of Missy Ruth (Shelton) Belote, please visit our flower store.

Gathering of Family and Friends