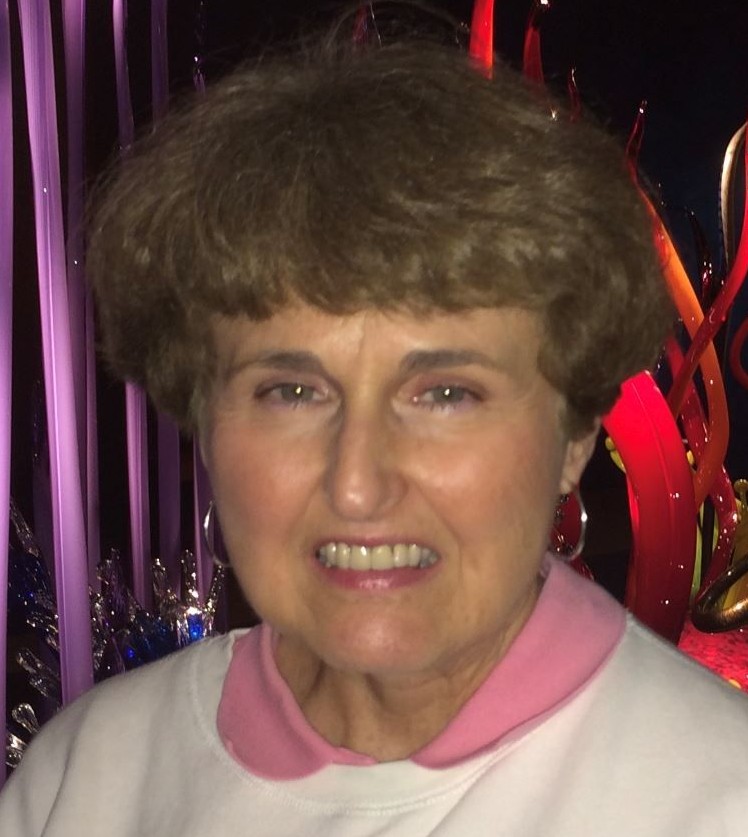 …If your gift is teaching devote yourself to teaching. Romans 12:7

Patricia Deel Williams (Patty) 71, of Kingsport, died Saturday, June 25, 2022 at NHC Healthcare Kingsport as the result of pancreatic cancer.  Patty was born August 9, 1950 in Abingdon, VA.  Her family moved to Kingsport from Wise County Virginia in 1952 to establish a family business.

Patty is a graduate of Dobyns-Bennett High School and earned a Bachelor of Arts in Education from Stephen’s College, a Master of Arts in Teaching from East Tennessee State University, and an Information Science Endorsement from the University of Tennessee.  Patty was a member of several professional organizations including the Kingsport, Tennessee and National Education Associations. She belonged to the American Library Association, American Association of School Librarians, and the Tennessee Library Association where she served on the Executive Board.  She was a member of Delta Kappa Gamma and was published in national professional journals.

She was a long-time member of the Tennessee Association of School Librarians where she served as statewide President, Treasurer and a member of the Executive Board.  For several years Patty co-chaired the Volunteer State Book Awards.  Some honorees went on to receive the prestigious Caldecott book award.

During her teaching career Patty was Kingsport Teacher of the Year and received other academic honors.  She served on state, regional and national committees and task forces to further Information Science objectives. In 2003 Patty was honored by the Tennessee Association of School Librarians as recipient of the Clara Hasbrouck Award presented annually to Tennessee’s top school librarian.

Patty was also honored with the Louise Meredith School Library Media Award from the Tennessee Library Association.  The award is presented annually to a school librarian who has made unique and worthy contributions to their school instructional program, community, and/or professional landscape through exemplary school library media services.

Patty began her teaching career in the Sullivan County School System and early in her career moved to Kingsport City Schools where she served as a classroom teacher at Andrew Jackson Elementary School. In 1981 John’s career took the young family to Knoxville where Patty began working as a budget officer at The University of Tennessee. During that time Patty completed additional graduate work to become certified as a school librarian and achieve her professional dream.  Patty was a school librarian at Sevierville Elementary before becoming a librarian at Bluegrass Elementary School in Knoxville.

In 1990 the Williams family again followed John’s career and returned to their hometown of Kingsport where Patty began 20 years serving Kingsport City Schools as a school librarian first at Abraham Lincoln Elementary then at the original George Washington Elementary.

During that time Patty was selected to be on the design team for Kingsport’s new Washington Elementary School. In that capacity she was able to design the library with all the traditional elements but also innovative additions such as an in-house story pit amphitheater and a television studio. Each day under Patty’s direction students presented live school newscasts including “field reports” from throughout the school and weather reports from in front of a green screen just like the professional TV stations. Washington was one of the first elementary schools in the nation to produce its own daily news and information program.

Patty retired from teaching in 2010 and transferred her talents to her favorite pastimes.

Patty was a skilled artesian working in media from stained glass to pottery, but her favorite area was fiber art. She was talented in embroidery, quilting, sewing and any related area. She honored her friends on significant occasions with custom designed and crafted embroidered greeting cards.

In her retirement Patty became an avid golfer playing several times each week. Over the years she scored a hole-in-one three times.  She had a regular lady’s golf group but also played couples golf with John.

She loved cats and had a cat companion for virtually her entire life. While she loved them all her favorite was her last cat, Molly. The beautiful Ragdoll cat Molly died two years ago.

John, Thomas and Elizabeth would like to express appreciation for the amazing support from their Tennessee, North Carolina and Georgia friends. The family would like to extend their gratitude to her physicians Dr. Sean Watson, Dr. Rathi Narayan, Dr. Jamal Maatouk, Dr. Paul Kramer and others at both Holston Valley Medical Center and Indian Path Community Hospital and Dr. Anthony Greco of the Sarah Cannon Cancer Research Center in Nashville.  The family is grateful to the staff and management of NHC Healthcare Kingsport for their amazing care and compassion during her time in hospice there. They are also extremely grateful for the support from Parish Nurse Joy Eastridge and the clergy and staff of First Broad Street United Methodist Church where Patty was a member.

Patty was preceded in death by her parents A.W and Jean B. Deel.

She is survived by her husband of 49 years, John, and by her son Thomas and daughter-in-law Elizabeth of Dallas, Georgia. Patty is also survived by two generations of students who because of Patty learned the value of knowledge and the power of information.

The family will receive friends from 1:30pm – 3:00pm on Wednesday, June 29, 2022 at First Broad Street United Methodist Church. A memorial service led by Dr. Randy Fry and Dr. Marvin Cameron will be held in the sanctuary at 3:00pm. It was Patty’s wish to be cremated.

Patty was a great believer in the value of reading to children at an early age and was a supporter of Dolly Parton’s Imagination Library. The family asks that in lieu of flowers please consider memorial gifts to The Sullivan County Imagination Library, PO Box 3045, Kingsport, TN, 37664.

To order memorial trees or send flowers to the family in memory of Patricia "Patty" Williams, please visit our flower store.