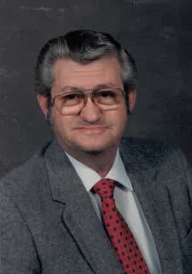 Rhea Newland, age 85, of Kingsport, went home to be with the Lord peacefully on Saturday, March 27, 2021 at Holston Valley Medical Center following a brief illness.

Born in Kingsport, Tennessee on August 24, 1935, son of the late Hugh and Clara Thompson Newland, he resided in this area his entire life.  Rhea graduated from Lynn View High School in 1953. He married Martha Stuffle on February 4, 1955 at Vermont Church.  Mr. Newland was a veteran having served in the US Army.  He worked for Tom Hilton Real Estate & Auction, retiring in December, 2018. Rhea was awarded the Emeritus Real Estate pin for 40 years of service, being only one of two in Tennessee to receive it during that time. Rhea was the former Secretary of the Fraternal Order of Eagles.  He will be remembered as a loving and devoted husband, dad, papaw, brother and friend who loved gardening, and Tennessee Volunteer sports.

In addition to his parents, Rhea was preceded in death by two brothers, Charles L. Newland and Gordon C. Newland.

The family would like to extend a special thank you to the nursing staff and doctors at Holston Valley Medical Center ER - CCU for the care that was given to Mr. Newland.

Burial will follow a graveside service at 11:00 a.m. on Tuesday, March 30, 2021, at Oak Hill Memorial Park in Kingsport with Pastor Stephen Burkhart officiating.  Those attending the services are asked to assemble at the cemetery by 10:45 a.m.

To order memorial trees or send flowers to the family in memory of Rhea Newland, please visit our flower store.