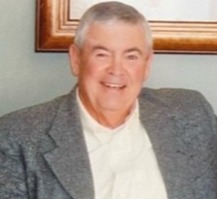 Richard Amos Parker III, went to be with the Lord Sunday, December 11, 2022. He was born in High Point, NC, and lived there for most of his life until 2010 when he moved to TN to be near his grandchildren.  He enjoyed the outdoors and loved being with family, friends and neighbors. Richard loved the mountains and being close to home.  He was a former runner, walker and golfer.

He was preceded in death by his parents, Richard and Evelyn Current Parker; sister, Peggy Hinkle; and brother, William Barry Parker.

To order memorial trees or send flowers to the family in memory of Richard Amos Parker, III, please visit our flower store.