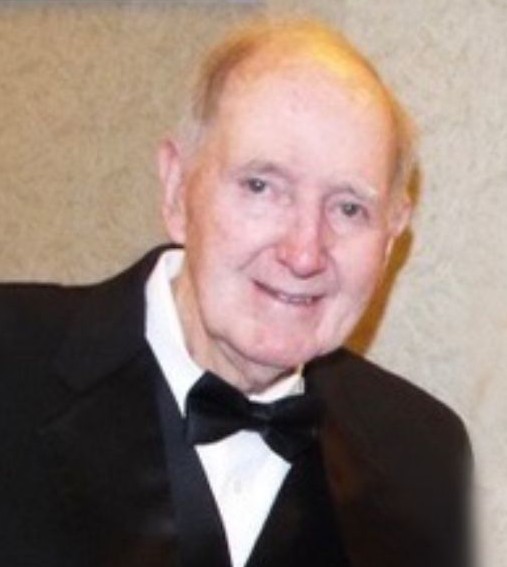 Robert Ted Hoover, 88, of Kingsport, passed away on Wednesday, August 17, 2022, at home following several months of declining health. He was surrounded by family.

Ted was born on January 24, 1934, in Sullivan County and grew up in Kingsport.

He was the son of the late Claude Sr. and Laura Carroll Hoover and was also preceded in death by his stepmother, Opal Hoover; brothers George, Tom, Claude Hoover, Jr., and Roy; sisters Hazel Hoover, Mildred Morgan, Jean Kiser, and Louise Birchfield.

Ted graduated from Kingsport’s Dobyns-Bennett High School, class of 1952, where he played baseball. After finishing early, he immediately joined the US Army and was stationed at the Pentagon, before going overseas to Asmara, Eritrea, as a staff sergeant during the Korean War.

He graduated from East Tennessee State University (ETSU), where he also played baseball, and earned a bachelor’s degree in accounting. Ted later received his master’s in business administration from ETSU and spent his entire career in hospital administration, including three years with Hospital Corporation of America in Saudi Arabia.

He was a member of Mountain View United Methodist Church and The Epworth Sunday School Class (Honorary Pallbearers) and a charter member of The Crossings, where he enjoyed playing golf. Ted was a volunteer coach for the Kingsport Boys Club, a Paul Harris Fellow, and former member of the Kingsport Optimist Club. He was also an avid reader.

The family would like to extend a special thank you to Amedisys Home, Health, and Hospice.

Graveside services will be held at East Lawn Cemetery in Kingsport on Friday, August 19, 2022, at 1:00, and open to everyone, with Reverend Liz Hamilton officiating.

Receiving of friends will also be held on Friday from 3:00 to 5:00 at Mountain View United Methodist Church in the fellowship hall.   Friends are welcome at the Hoover home 5305 Orebank Road.

In lieu of flowers, memorial gifts may be made to: Mountain View United Methodist Church 4405 Orebank Road, Kingsport, TN 37664.

To order memorial trees or send flowers to the family in memory of Robert Ted Hoover, please visit our flower store.