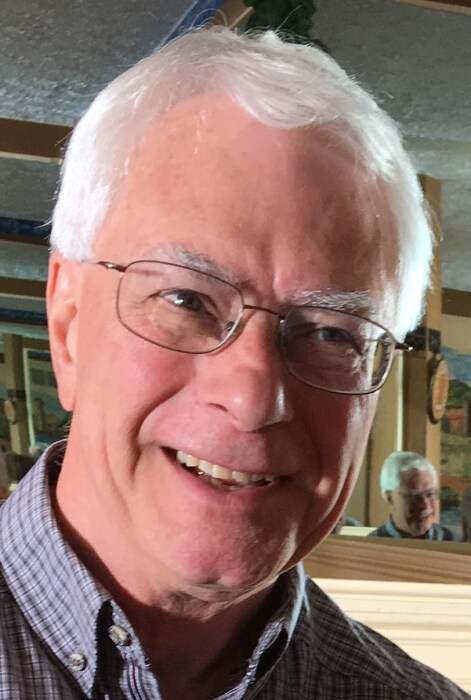 Roger grew up in the German community of New Braunfels, the lone brother amongst his three sisters. He graduated from New Braunfels High School in Spring of 1962 and went on to attend Elmhurst College in Elmhurst, IL that following Fall. After attaining his Bachelor of Arts degree in English and Sociology, Roger was accepted to the Master’s program at the University of North Carolina, where he went on to receive a Masters of Regional Planning degree in June of 1966.

While at Elmhurst, Roger met his future wife, Jean Marie Jackson. It would be some time before their relationship moved from friendship to romance, but they kept in contact through the years, many times by long distance, eventually began a courtship, and were married in June of 1974.

After Roger graduated from UNC in June of 1969, he enlisted in the US Air Force, trained in San Antonio and Wichita Falls, Texas, and then served in Civil Engineering Squadrons in Thailand and Germany until his honorable discharge in September 1973.

Roger found employment back in Texas, eventually settling with Jean in Mesquite, Texas, where he worked for the City of Mesquite City Planning Department for over 28 years. During their time in Mesquite, their son, Brian was born in 1978. Roger retired in January, 2004 as the Director of Development Services. Soon after, he and Jean relocated to Kingsport, TN.

At his very heart, Roger was always creative, but upon his retirement his creativity really became apparent. After moving to Kingsport, Tennessee in 2004, he jumped into learning stained glass artwork and quickly became proficient. He made hundreds of pieces of varying size and complexity. Over the years, many of Roger’s works were given to friends and family as gifts, while others were quickly snatched up at various art fairs. Roger also had a great love and gift for music. He served as Choir Director at New Covenant United Methodist Church in Sunnyvale, Texas for many years.  Upon his move to Kingsport, he became involved in choir, men’s ensemble, and the Handbell group at First Broad Street Methodist Church, serving in those ministries until his death.

To all who knew him, Roger’s character was synonymous with giving. He continually donated his time to plan events at the church, as well as cataloging the choir’s music library. He was always there to offer a helping hand to those in need and will be remembered for his kindness to all.

Roger will be greatly missed by his surviving family; son, Brian and his wife Athena and their daughters, Lahna, Lily, and baby to-be-arriving-in-June; “Adopted” son, Corey Walling and his wife Kiki, and their children Christian, Nyla, and Jackson; sisters, Myrtle Hassell, Shirley Linscombe and her husband Lee, and Nancy Brown. Roger also considered his many nieces and nephews (and their families) a part of his family.

To order memorial trees or send flowers to the family in memory of Roger Bruno Hanz, please visit our flower store.