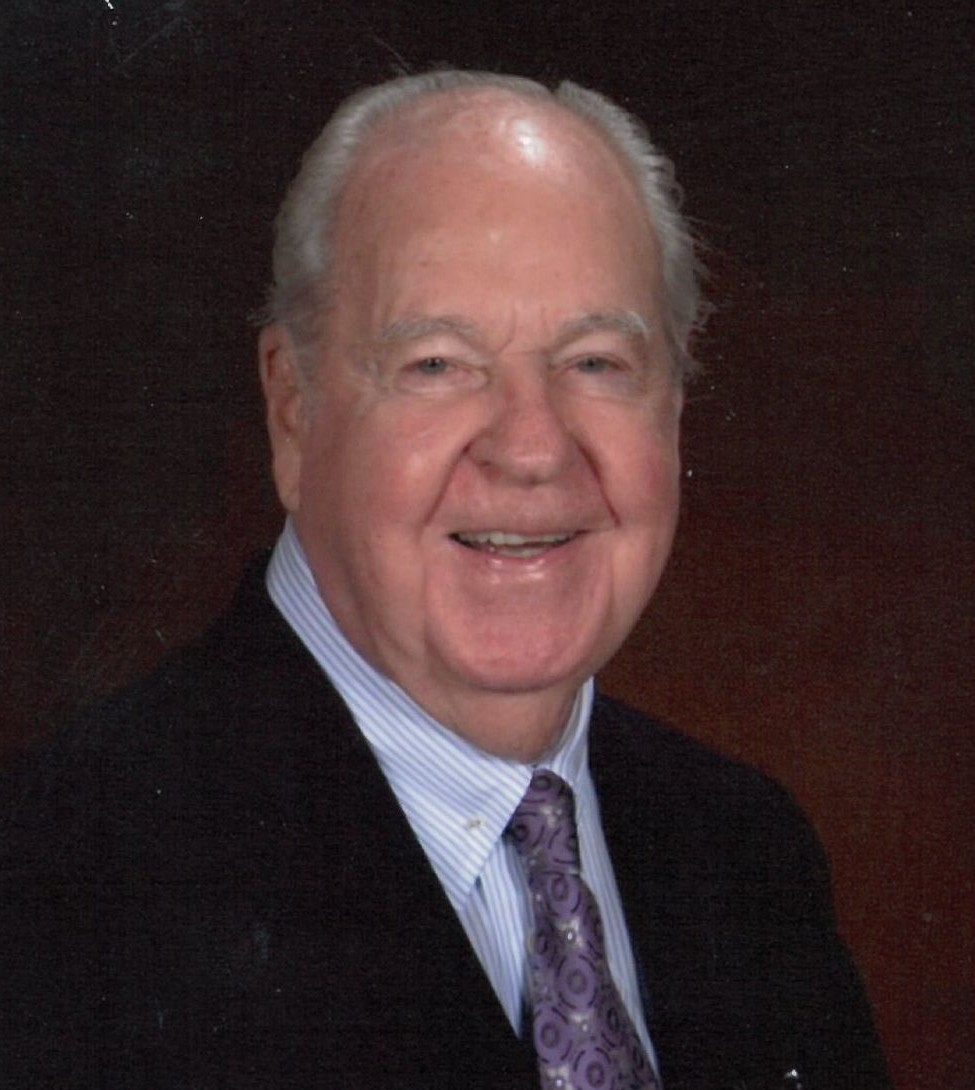 Samuel Harold Anderson, Jr.  was born on November 17, 1926, in Kingsport, TN to Mary Jane Brown Anderson and Samuel Harold Anderson, Sr. and passed away at his home on May 31, 2022.  He attended Dobyns-Bennett High School, graduating early to proudly serve in the United States Navy.  At the conclusion of WWII, he attended the University of Tennessee where he was a member of Lambda Chi Alpha Fraternity. While at UT, he met the love of his life, DeLois Hicks.

Following college, he returned to Kingsport where he worked at Latimer-Looney Chevrolet.  He and his father later joined forces for eight years to own and operate Tennessee Iron and Metal. In 1960, he began a long career as an automobile dealer. He was President of Anderson Ford, Inc for 35 years. He was past Chairman and Director of Brown Leasing Company, Inc., Sullivan Lands, Inc., Fairway Ford, Volkswagen of Kingsport, and Courtesy Chevrolet, Cadillac, and Subaru of Kingsport.

The three constants in Sam Anderson’s life were faith, family, and community.

Sam’s motto was “Put Christ first in your life.”  He was a lifelong member of First Presbyterian Church of Kingsport, TN where he served as an Elder, Deacon, and Sunday School teacher.  He chaired many committees and led several fund drives for the church.  He was President of Holston Presbytery Camp in Banner Elk, North Carolina.  He served for 10 years on the Board of Trustees at Lees-McRae College in Banner Elk, North Carolina, and as its Board Chairman for 3 years.  He was a Trustee of the Edgar Tufts Memorial Association. He and his wife, DeLois, were later honored to receive the Edgar Tuft’s Foundation Medal.

Sam’s greatest joy was being a husband, father, grandfather, and great grandfather.  The most important gift a father can give his children is to love their mother.  Every day for 72 years, Sam showed his love and devotion to DeLois.  While building his own business and working in the community, he was equally committed to building strong family bonds. He provided a wealth of opportunities to learn and grow and experience life.  He was quick to share his zest for life, love, and his goals and expectations with three generations of his family.

His leisure passions were sharing time with family and friends at his beloved Boone Lake and traveling across the country in his Airstream trailer. He and DeLois also enjoyed exploring and traveling the world.  He even talked DeLois into joining him on many motor scooter adventures

Sam was always active in the community. He told everyone of his love for Kingsport.  He was a past President of the Kingsport Chamber of Commerce and was given a “Lifetime Membership”.  Sam was past President of the Kingsport Kiwanis Club, Junior Achievement of Kingsport, and Holston Valley Community Hospital Foundation Board.  He was Kingsport’s “Young Man of the Year” in 1961. He served on the Boards of the YMCA, Kingsport Safety Council, Downtown Model City Coalition, Community Chest (now United Way), and Tocqueville Society.  In business, he was a past Director of First National Bank, and First American National Bank Tri-Cities, and Chairman of Heritage Federal Savings and Loan. He served on the First American Bank Corporate Board in Nashville, TN.  He was a member and past President of both the Kingsport and Tennessee Automobile Dealers’ Association.  He served 24 years on the Tennessee State Motor Vehicle Commission. Sam was honored to be a recipient of the Junior Achievement Business Hall of Fame, Dobyns-Bennett Alumni Hall of Fame, Kingsport Community Foundation, KOSBE Caped Crusader, and Rotary’s Paul Harris Fellow awards.  He and DeLois will be awarded posthumously the “Kingsport’s Best Award” for a Legacy of Philanthropy.

A combined Celebration of Life Service to honor both DeLois and Sam Anderson will be held at First Presbyterian Church in Kingsport, TN, on Saturday, June 18 at 11:00 a.m. with Pastor Mike Shelton officiating.

In lieu of flowers, memorials may be made to First Presbyterian Church, 100 W Church Circle., Kingsport, TN   37660.

To order memorial trees or send flowers to the family in memory of Samuel Anderson, please visit our flower store.