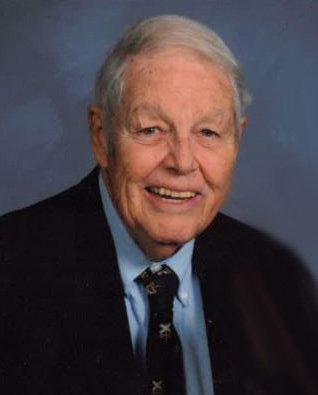 Thomas G. King, 85, passed away on Sunday, May 16, 2021 at Elmcroft of Kingsport.  He was born in Johnson City, TN, and grew up in Tampa/St. Petersburg, Fl. He attended military school at McCallie in Chattanooga, TN. Tom graduated from the University of Tennessee in Knoxville in 1960 and was a member of Kappa Alpha fraternity and Delta Nu Alpha transportation fraternity.  He went into the U.S. Army Transportation Corps in 1961 and was at Ft. Eustis, VA, where he served as Second Seaman on T-Boat 433, a six man 65 foot steel boat nicknamed “Chicken of the Sea”.

In September 1961, he began his railroad career in the Sales Department of the Atlantic Coast Line RR in Charleston, SC. He was transferred to Wilson, NC in 1963 as trace clerk and promoted to salesman in 1965, covering eastern NC.  Tom married Dyanne Strickland in June 1968 in Zebulon, NC. They later had a daughter, Laura.  He transferred back to Charleston, SC in 1979 and to Kingsport in 1985 as District Sales Manager with CSX.

Tom was active in the Lions Club and was a deacon at Waverly Road Presbyterian Church. He enjoyed his membership in the East Tennessee Railroad Association.

He was preceded in death by his wife, Dyanne from ALS in May, 2004; parents, Robert and Grace King; and brother, John King.

Tom is survived by his daughter, Laura Feagins and husband, Bob; grandson, Higgs; sister-in-law, Karen King; along with several nieces, nephews and cousins.

The family will receive friends from 11:00 am to 1:00 pm on Wednesday, May 19, 2021 at Waverly Road Presbyterian Church. A memorial service will follow at 1:00 pm with Rev. Collin Adams officiating.  The family requests that those attending the services wear masks and practice social distancing.

In lieu of flowers, memorial contributions can be made to Waverly Road Presbyterian Church Food Pantry, 1415 Waverly Rd., Kingsport, TN 37664.

To order memorial trees or send flowers to the family in memory of Thomas G. King, please visit our flower store.