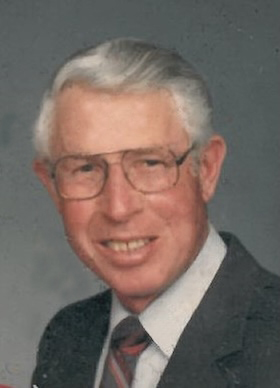 William “Clark” Cox, 89, of Kingsport, went to be with the Lord on Wednesday, April 14th, 2021, at home, surrounded by his loving family.  Clark was born on July 3rd, 1931 in Sullivan County, Tennessee where he resided all of his life.  Clark spent 25 years as the General Manager of Krispy Kreme in the Tri-Cities and retired in 1996.  In addition to his career with Krispy Kreme, Clark was a bus contractor with Sullivan County schools, owning and operating Cox Bus Lines, Inc. for over 50 years.  He was also a talented contractor, building many homes throughout the Kingsport, Colonial Heights, and Rock Springs areas.  Clark was of the Baptist Faith, and was a born again Christian.  His family will remember him as a devoted and loving husband, father, grandfather, great-grandfather, brother, and uncle.

He was preceded in death by his loving wife, his “jewel”, of 65 years, Maxie Cox; daughter, Teresa Cox Cole; parents, Samuel Payne Cox and Pearl Jenkins Cox; and 15 brothers and sisters.

Clark is survived by his son, Roger Cox and very special daughter-in-law, Sandy, of Kingsport; two granddaughters, Jessica Taylor Cook and husband, J.R., of Johnson City; Whitney Cox Hill and husband, Jacob, of Gray; great-granddaughter, Savannah Cook; brothers-in-law and sisters-in-law; several nieces and nephews; and his beloved bus drivers that drove for him and became family over the years.

The family will receive friends from 4-6 p.m. on Saturday, April, 17, 2021, at Hamlett Dobson Funeral Homes, Kingsport. The funeral service will follow at 6 p.m. with Amos Lockhart officiating.

Graveside services will be conducted at 2 p.m. on Sunday, April 18, 2021, at East Lawn Memorial Park.

In lieu of flowers, memorial contributions may be made to the Alzheimer’s Association, 225 N. Michigan Ave., Fl. 17, Chicago, IL 60601, or online at act.alz.org

The family would like to say a special thank you to Sandy Cox, Connie Lane, Debbie Lawson, Jean Culbertson, Jean Haynes, and Amedisys Hospice for all of the love and care they gave to Clark over the last few years.

To order memorial trees or send flowers to the family in memory of William Clark Cox, please visit our flower store.